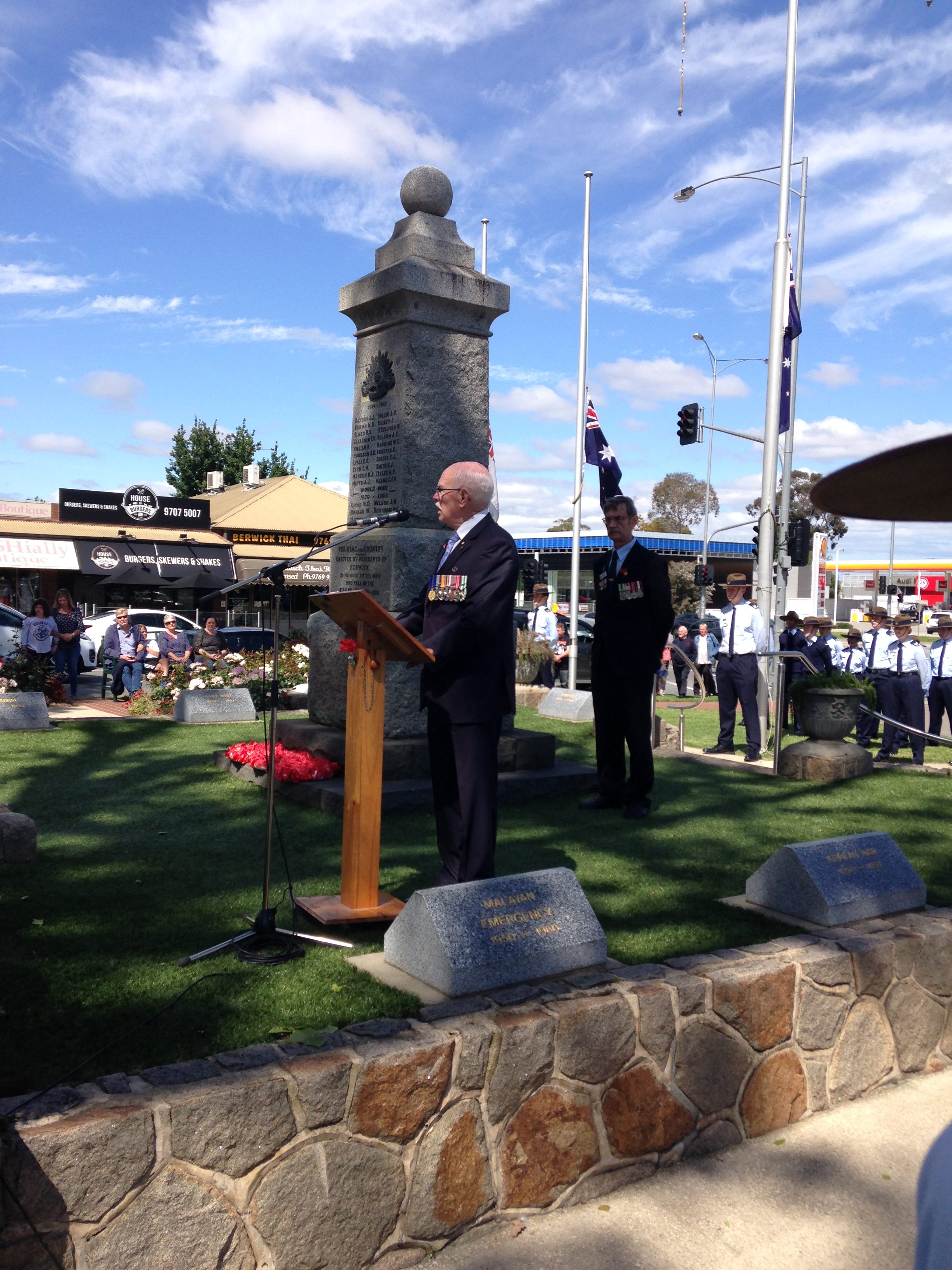 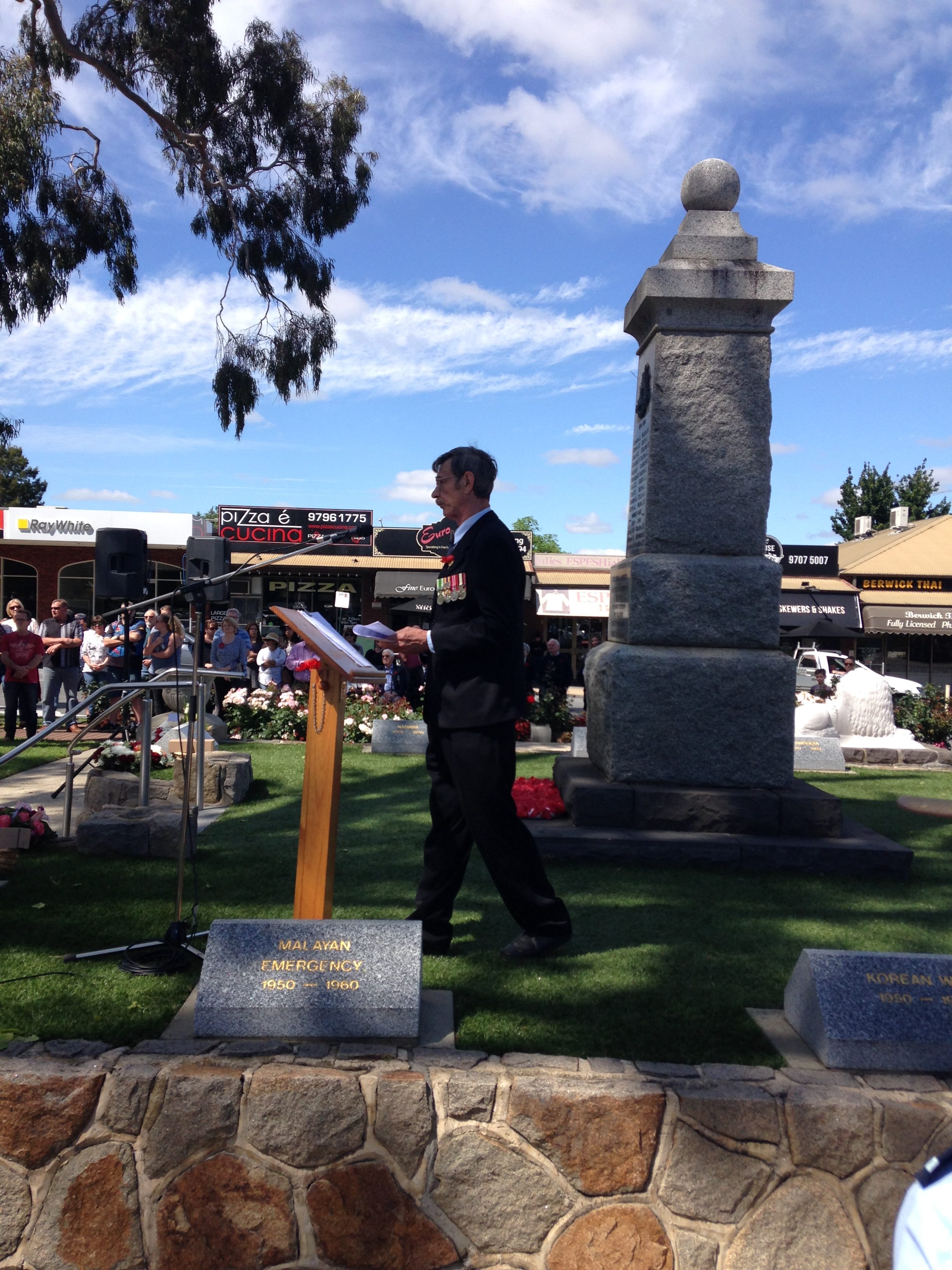 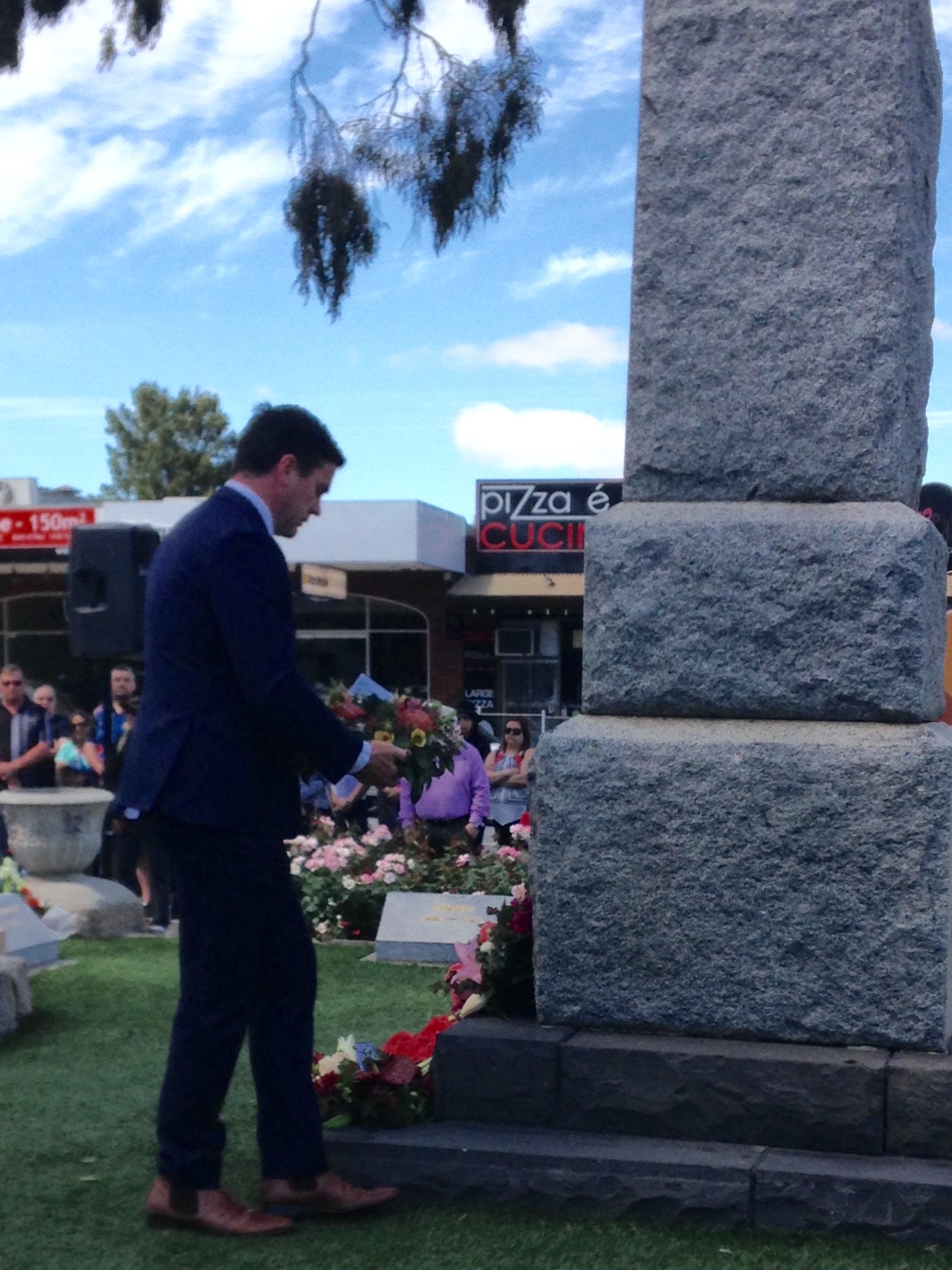 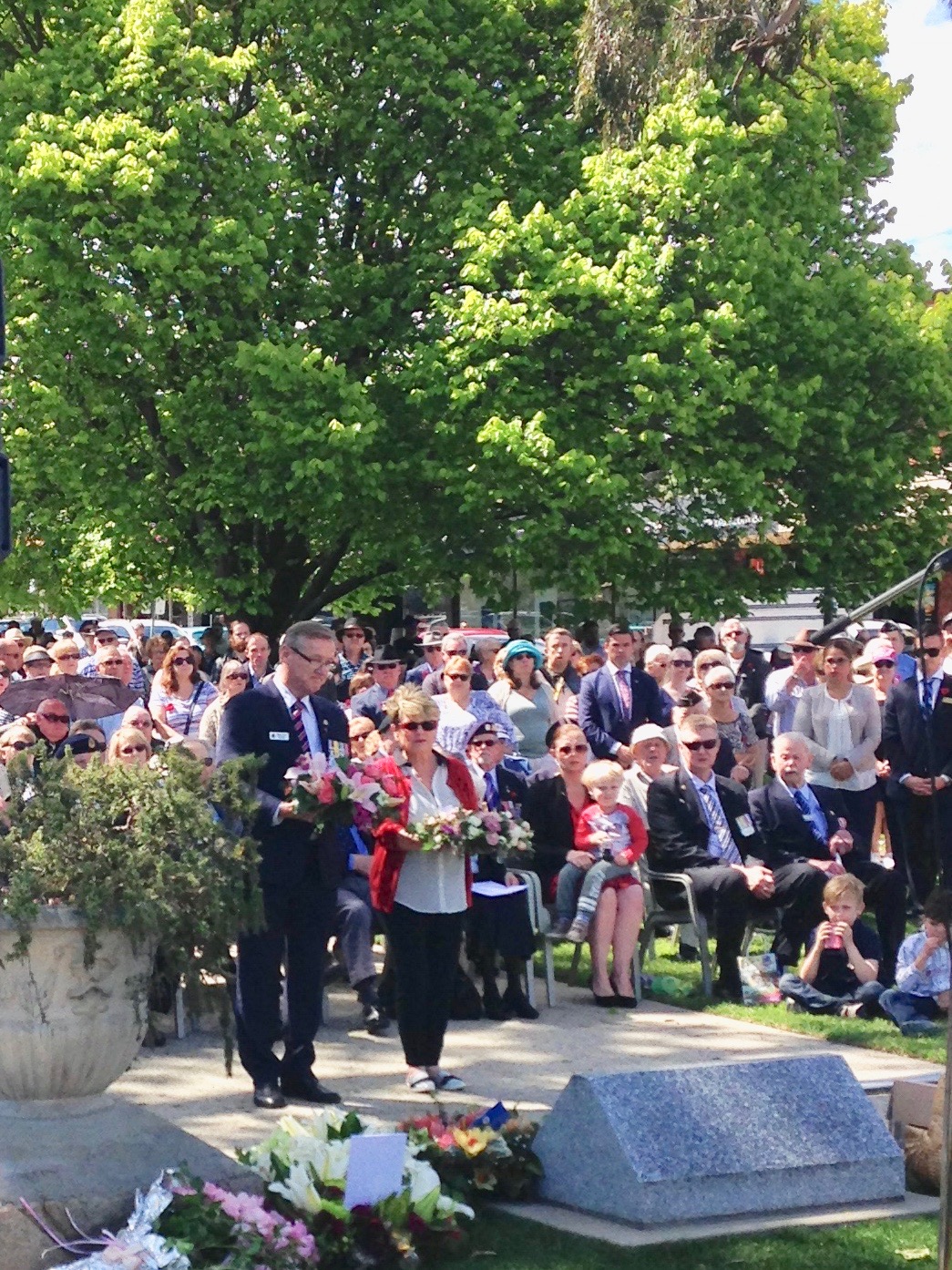 With a membership of approximately 250, our focus is primarily upon Welfare Support and Services to commemorate our veterans.

Today marks the end of the Gulf War in 1991. Over 1,800 Australian Defence personnel were deployed in the Gulf War from August 1990 to September 1991. The force comprised units from the Army, Navy and RAAF. In addition, the Australian Army and RAAF provided personnel to Operation Habitat. The bravery and determination of our Australian Defence Force in bringing stability at the time as part of the coalition within the Gulf is something to never be forgotten. Thank you for your service.

RSL Victoria would like to congratulate all the athletes selected for Invictus Games: Team Australia for 2020. 32 current and former serving military members from all over our country will compete in the Invictus Games from 9-16 May in the Netherlands.

The Games use the power of sport to motivate recovery, support rehabilitation and generate a wider understanding of the sacrifices made by the men and women who have served their country. Good luck Team Australia, we are all behind you! #IG2020 ... See MoreSee Less

On the 23rd of February 1967, Major Peter Badcoe performed the first of three heroic actions in Vietnam that would later see him awarded Australia’s highest award for bravery, the Victoria Cross.

Peter Badcoe grew up in Adelaide. Always wanting to join the army, he entered the Officer Cadet School at Portsea, Victoria, in 1952. Major Peter Badcoe was commissioned as a Second Lieutenant in the Australian Staff Corps in December 1952.

He was allotted to the Royal Regiment of Australian Artillery in which he served in a number of Regimental and Staff postings until August 1965. He then transferred to the Royal Australian Infantry Corps and joined the Australian Army Training Team Vietnam in August 1966. He was posted as Sector Operations Officer in THUA THIEN Province, South Vietnam. Dubbed "the Galloping Major", he was "always on the go".

On 23rd February 1967 he was acting as an Advisor to a Regional Force Company in support of a Sector operation in Phu Thu District. He monitored a radio transmission which stated that the Subsector Adviser, a United States Army Officer, had been killed and that his body was within 50 metres of an enemy machine gun position; further, the United States Medical Adviser had been wounded and was in immediate danger from the enemy.

Major Badcoe with complete disregard for his own safety moved alone across 600 metres of fire-swept ground and reached the wounded Adviser, attended to him and ensured his future safety. He then organised a force of one platoon and led them towards the enemy post. His personal leadership, words of encouragement, and actions in the face of hostile enemy fire forced the platoon to successfully assault the enemy position and capture it, where he personally killed the machine gunners directly in front of him. He then picked up the body of the dead officer and ran back to the Command post over open ground still covered by enemy fire.

Between 23 February to 7 April 1967, Badcoe performed extraordinary feats on two more occassions. He was eventually killed by a burst of enemy fire as he rose to throw a grenade. "His valour and leadership were in the highest traditions of the military profession and the Australian Regular Army." He was buried at Terendak Cemetery, Malaysia.

ANZAC Day Dawn Service conducted at Bunjil Place 6 am will be followed by a gun fire breakfast for veterans and families.

March from the Berwick RSL Sub-Branch 10:40 am or assemble at the High St Memorial 11 am for the service.

RAAF Roulettes will be seen in a flyover and refreshments including a sausage sizzle will be available at the Berwick RSL Sub-Branch afterwards. ... See MoreSee Less

A good win Chris, Hope you enjoyed the Chocolates

The last surviving veteran in an iconic photo of the bloody Kokoda Track campaign has died in North Queensland.
View on Facebook
·Share 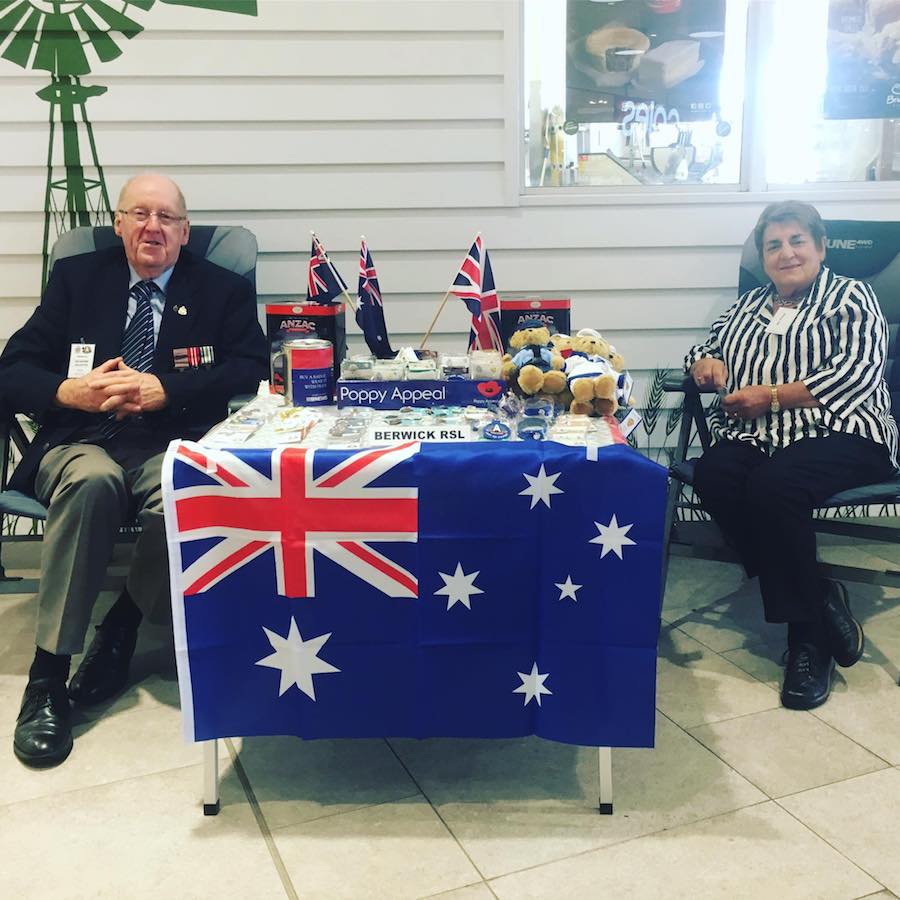 Make a Donation to the Berwick RSL